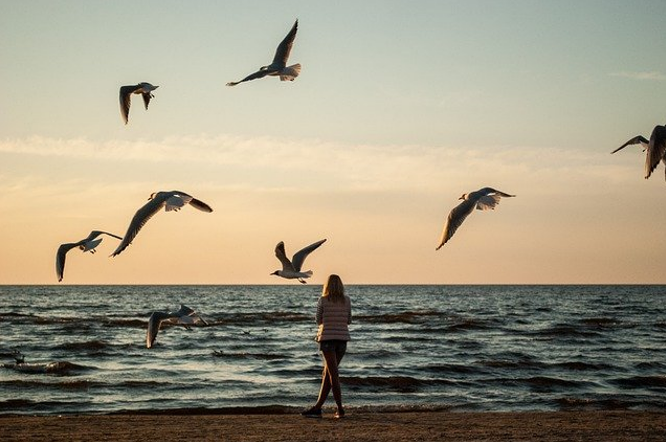 Divorce rates in the United States are on the decline, but for one group they are on the rise.  From 1990 to 2015 the rate doubled for adults over the age of 50 and tripled for those over 65.  Older couples divorcing after decades of marriage has become so prevalent that it even has its own name “the gray divorce.”  There are many reasons for divorce later in life, couples may find they do not have anything in common anymore, they only stayed together for their kids and now they are empty nesters, retirement, just to name a few.   The couple’s adult children are often overlooked and how it affects them is disregarded.

When a couple divorces and they have younger children there is a lot of emphasis placed on shielding them from the ugliness of it all.  With adult children, that all goes out the window.  The thought is that they are adults after all, they now have the maturity and intelligence to deal with it better.  However, it is sometimes just as hard if not harder for adult children to deal with their parents breaking up.

Grieving the Changes to Family

Adult children can experience many different emotions such as grief, anger and guilt.  Many adult children are shocked when they find out their parents are divorcing.  They may have been out of the house for a while and did not see the marriage deteriorate and they thought everything was fine with their parents.  They need to grieve the loss of what they have known as family their whole lives.  There will be changes to the family dynamic and the routines, traditions and family vacations they have always known are no longer.  Adult children describe these grey divorces as if their entire foundations have been shaken.  They can doubt their entire perception of marriage and long-term relationships.  They can become cynical and not trust their own judgement and feelings.  It is a sense that their whole lives were a lie, if they thought their parents had a happy marriage and that turned out to not be true, what else were they wrong about?

If parents wait until they are empty nesters to decide to divorce, the adult children may experience feelings of guilt.  They may feel that they are the cause of their parent’s unhappiness for so long.  Telling your adult children you are divorcing is just as monumental as telling younger children.  Understand that even though they are adults, they will be affected, and they will feel a lot of loss and will need time to grieve.  Listen to how they are feeling and answer questions they may have but be careful to not overshare.

Because they are adult children it is easy for parents to overshare and lean on their children for support during a later in life divorce.  This causes more stress and anxiety for the children as they are now dealing with their own feelings while also being the emotional support for their parents.  Do not give them the dirty details of the marriage or the divorce.  You are getting the divorce; it is still their parent.  They should not have to choose sides or feel they are being put in the middle.  Grey divorces can often have severe consequences on the family relationships if the parents try to turn their kids against the other parent.  The children’s relationship can be altered not only with the other parent but with their siblings and extended family members because of one parent’s bitterness or a hostile relationship between parents.  Encourage them to have a relationship with the other parent and do not talk negatively about them to your children.  This is not your children’s role in your life, talk to a therapist, friend or other confidant.

When parents divorce later in life their adult children can experience a reversal of the parent/child relationship.  The parent may now look to their children for emotional and financial support which can cause added stress to the child and to their relationships, especially if they are married with their own children.  Try and be mindful of your adult children and respect that they have their own lives and responsibilities now.  It is a good idea to set boundaries and not look to your children to fill the void left in your life.

Divorcing when you have children is traumatic no matter if they are young or old.  Be aware that this will affect your older children just as much as it affects the younger ones.  At the end of it all you may not be married to your spouse anymore, but you will both always be their parents.