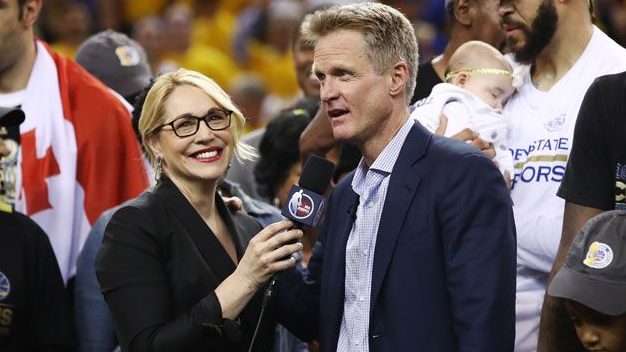 Here’s a bit of good news after a fairly tough news week – when the new NBA season begins Tuesday night, nationally televised games will have a woman analyst for the first time. Doris Burke, longtime NBA sideline reporter and NCAA announcer for men and women games, will be the full-time analyst. It marks the culmination of a 27 year journey for Doris.

Burke was an outstanding player for Providence College in the late ’80’s ~ the prehistoric (read: before UConn and Tennessee) days of women’s basketball. She graduated in 1988 as the all-time assists leader, coached the Friars for a two years, then broadcast the Providence women’s games on local radio. One night she was heard by an agent hurrying for the Providence airport, he got in touch with her and told her she would be perfect for television.

She was soon working for ESPN, on the sidelines for women’s games, broadcasting NCAA Division II Championships. In 1997 the WNBA began and Doris became a regular member of the ESPN broadcast team.

Thing is, she was good, but she was so careful with everything she said she came across as highly knowledgeable … but a little stiff. Fully conscious of her status as one of the first women broadcasting basketball on a national level she, “wanted, more than anything else, to be accepted and respected for my basketball knowledge. So, for the first 15 years of my career, I was focused only on basketball.”

She took her son’s advice (it was the same opinion she heard from ESPN at about the same time) and the rest, as they say, is history. She became the announcer who Deadspin says “is so sure, so steady, and so knowledgeable during a broadcast that it’s hard to imagine a major basketball broadcast without her.” Jeff Van Gundy simply calls her, “the LeBron James of sportscasters.”

Here’s what Doris has to say, “The level of objection to me has drastically reduced in the last 10 years. Here’s where I feel the difference the most. When I walk into an arena, whether I’m the analyst or the reporter on the game, the younger generation of boys, 10, 11, 12 years old, they just start talking ball.”

There’s a caveat to all this, though. Doris Burke, like almost everyone else who has ever tried to broadcast a sporting event, had to grow into it. She wasn’t the iconic Doris Burke for a solid 10-12 years.

She fully credits the absence of social media for her development. She was never subjected to unwanted Facebook comments, tweets, trolls of any kind. She worked a game and when the game ended … it ended.

We were going to end this piece with the comment “when it comes to social media, luckily not many positions are as high-profile as Doris’…” or something along those lines. But, then this: almost simultaneously with ESPN’s Burke announcement, the Internet blew up in a spasm of misanthropic tweets, comments, trolling and doxing.

The catalyst? The hugely popular Adult Swim cartoon Rick and Morty gave on-screen credit to two women writers. Rick and Morty is brilliant. Smart, funny, grotesque, and whole lot more. It has eight writers, four men, four women, plus the two founders, both men. As with most TV shows, rather than list all ten writers for each show, one or two are singled out for billing every episode.

Almost no one notices writers. Before social media, the men for whom evidence of a women writer would send into apoplexy had no one to share their angst with. Now, a few key-strokes and a # or a @ and the audience is thousands.

Then again, more people – by a huge margin – know that women are writing one of the biggest hits on television, and probably inspiring a generation of girls.

The one thing we can know for sure is that Spencer Tracy’s Henry Drummond in Inherit the Wind was undoubtedly right: “Progress has never been a bargain. You have to pay for it.” 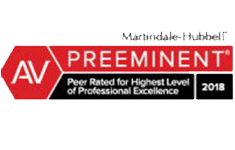 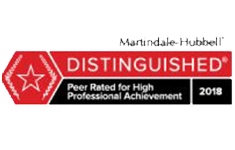 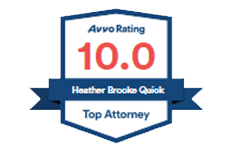 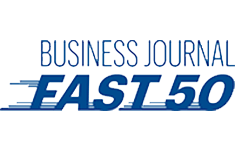 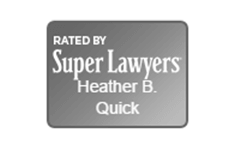 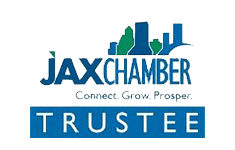 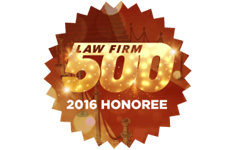 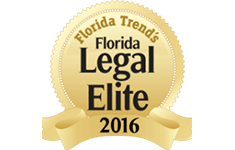 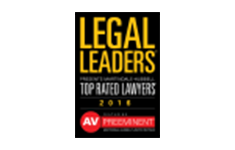