From You've Got Mail to Social Media

From You’ve Got Mail To Social Media 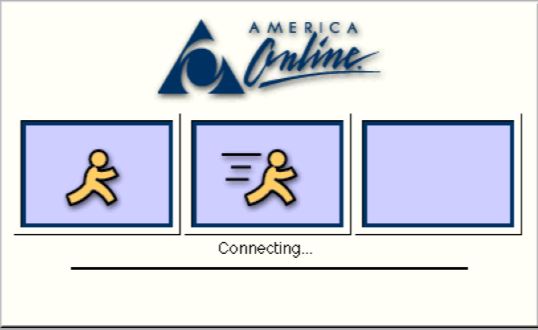 Ran across You’ve Got Mail several times over the last week or so on a couple of different cable stations. You’ve Got Mail is one of those movies that begs to be watched whenever you happen channel surf across it – 10 minutes in, ten minutes from the end and everywhere in between, it sucks you in for the duration.

So, after running across it so many times I managed to see pretty much the whole film. Again. This time, though, a few things hit me that hadn’t in all the previous times I’ve watched it since the late, great Nora Ephron released it in 1998.

First, for a movie that relies on technology that our children can barely recognize, it still works. For those of you who need a quick refresher – it’s the story of two people (played, of course, by Tom Hanks and Meg Ryan) who abhor each other in real life but are completely smitten with each other on-line. On-line here being email via a dial-up modem to AOL.

It takes time for Tom and Meg (okay, Kathleen and Joe in the flesh, Shopgirl and NY152 on AOL) to communicate. They are, after all, trading emails on an internet connection that would drive any of us insane with impatience today, necessitating calls to our wireless providers. They write long pieces to each other, because the medium demands it. In this regard, it’s not all that different from the film’s 1940 inspiration, The Shop Around the Corner, AOL is just a (much) faster mail service.

In both movies, the communications are private. The chat room Shopgirl and NY152 meet on is completely anonymous, chat rooms back then were stand alone entities, they weren’t connected to other services because, well, there were none. Only Kathleen and Joe had the ability to read their email correspondence. They were five years before MySpace started social media.

I read recently that the kids born in 1999, this year’s incoming college freshman class, have never heard the pop, hiss, static, and deep vibrato of a modem signing on to the internet. One thing I know for certain is that in the time it took to sign onto AOL in 1998, anyone with fully functioning fingers could get off a half dozen texts, tweets, or Facebook comments.

In the time it took to hear the disembodied voice say”You’ve Got Mail” you would have reached hundreds, if not thousands of friends, followers, acquaintances and their friends followers and acquaintances. And, those communications are forever. They are out there, on Facebook, on Twitter, on LinkedIn, even Snapchat because even the act of deleting a post cannot protect against a screen capture – as any number of politicians and celebrities can attest.

Social media is fast, entertaining, informative, maddening, and … forever. It probably should come as no surprise, then, that social media and legal issues are not always a great combination.

A woman in California had a judgement based in part on emotional distress greatly reduced after the defense showed evidence of her smiling and enjoying herself over the years between the event and the trial. Those pictures may very well have been taken out of context, but then, most things posted on social media are hardly contextual in nature. Take a quick look at a few random tweets you’ve posted over the last year and you’ll see what we mean.

It is no stretch to say that family law and social media do not mix. They really don’t.

We don’t expect out clients (and clients to be) to stop using social media (though we would like them to), no one wants to feel disconnected. We do ask, however, that they be smart and think about what they post as they are posting. Just remember, if someone can interpret it the wrong way and try to use it against you, they will.

Just think about how You’ve Got Mail would have ended if Kathleen had seen a Joe Facebook post about ‘the stupid little book store across the street.’