Grey Divorce - Why Couples Over 50 Are Calling it Quits

Grey Divorce – Why Couples Over 50 Are Calling It Quits 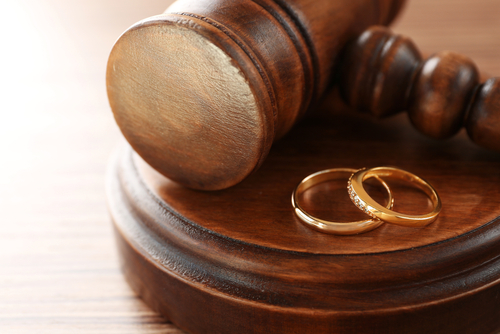 It is a common belief that divorce belongs to the young, particularly to couples who dove into marriage too soon and find themselves ill-equipped to deal with the level of commitment necessary to make it work. The assumption is that, if a couple endures the troubles that come with raising children or a midlife crisis, they are likely in the clear. As it turns out, statistics disagree with this preconceptions.

Unlike younger couples, divorces amongst individuals over 50 are generally not a result of a sudden event or trigger. Instead, it is usually a gradual process, culminating in an eventual parting of ways. Here are some reasons why older spouses might decide to finally call it quits.

1. Growing Apart: This is one of the biggest reasons for a divorce amongst couples over 50. They may be dissatisfied with a number of factors in their relationship, so much that they feel their marriage has reached a breaking point. Often, the woman feels as though she has given up too much, such as the chance at a career if she was the primary caregiver for any children. These feelings of resentment tear away at a marriage over time.

2. Boredom: Being around the same person constantly, depending on the dynamic between two people, can sometimes cause boredom. It gets to a point where spouses stop trying and are no longer attentive to each other’s needs. Spouses might even become too complacent and cease to but an effort into keeping their marriage interesting.

3. Financial Issues: This problem might not seem as egregious when spouses are in their youth and, perhaps, not as frugal, but a difference in spending habits can become a major problem in later years. Spouses over 50 are out of their prime income-earning years and more concerned with saving, so if one spouse continues to be a big spender, it could break up a marriage.

4. Sex: As we age, hormonal changes begin to take effect, which can cause a major shift in a person’s sex drive. What was once a minor difference in sexual appetite might become more pronounced with age. If there is a lack of communication regarding sexual needs, expectations, and body changes, a marriage will likely reach its end.

Divorce at any age can be a difficult experience, but with the right representation, the process can go smoothly and pave the way for a happier life. At Florida Women’s Law Group, our Jacksonville attorneys are dedicated to empowering women through personal, financial, and legal difficulties in family courts. Our skilled legal team is well-prepared to help you understand your rights, know your legal rights, and effectively pursue the best way forward.

Our law firm has over 40 years of combined experience and are Northeast Florida’s only family law firm meant for women. We can handle a wide range of issues, including child custody and support, alimony, and modification issues regarding domestic violence, enforcement, and relocation. You deserve to have the best chance at a fresh start in life and our divorce lawyers are here to provide that for you.